A Year's Income in Eight Weeks

or submit a Bid Request

Published on March 9, 2015 and tagged with University

While depositing a few checks at the bank, the bank teller informs me that she saw one of my vans at the grocery store. Her son asked her “What do they do when it’s not Christmas?” Even the children are baffled that I make a full time income installing Christmas lights. Naturally, the teller needs an answer to this very common question. In short, my answer is “Nothing.”

My company, Atlanta Loves Christmas Lights, installed lights for 286 customers and had revenues over $250,000 in 2014. To achieve these revenues, I had four installation crews, a secretary, and myself. We began installing lights at the end of October and installed lights until two days before Christmas. Removing lights took just over three weeks. The season is very short, but the high revenues are rewarding.

During the “off-season” I spend time thinking about my business and making changes for the next year. I have a few options to consider and change direction of this business. One option is to operate one installation crew, with me in charge on every job site. I could never approach $250,000 in revenues without additional crews, but I can obtain much higher margins. I put together a projected income statement using my current financial statements as a guideline.

The season can be extended to include one week in October, four weeks in November and three weeks in December. Excluding Sundays, there would be 48 working days. Averaging just less than three installations per day and the numbers are obtainable.

If I chose this option, I wouldn’t be able to serve a large portion of my existing customer base and would have to ignore the majority of my new leads as they’d be out of my service area. A lot of people wouldn’t be getting Christmas lights. “Can you refer me to someone else?” – Nope.

To avoid turning down customers, I’ve been pondering the idea of teaching other contractors how to install Christmas lights and provide them with customers so they can operate at capacity and be profitable in their first year of operations. In year two, with an existing customer base and experience, they too could make a comfortable income in just three months. 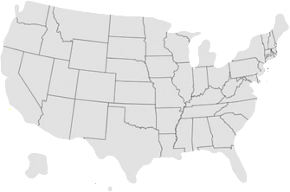